What does it mean to be truly radical? Derek Rippingale looks deep into the definition of radicalism.

A church member joked that the personal fundraising effort involving their pastor skydiving would raise more money if he did it without a parachute. That pastor is Casey Wolverton of the Glenvale Adventist church in Toowoomba. Wolverton is a “radical” pastor not because he has critics—that’s an occupational hazard for most pastors. Nor is he radical because he strongly advocated his church support the Toowoomba mosque after it was firebombed last year, even though this did grab some headlines. What really makes him radical from a traditional Adventist perspective is what he describes as “the pretty aggressive engagement of his church with the wider body of Christ in Toowoomba in terms of building bridges and relationships with other Christian churches and their leaders.”

Wolverton has become radicalised over time. He explains, ”It started with how I was treated so kindly by the Christian leadership in the city at the weekly ministry prayer and fellowship meetings. When I started attending, it was almost like a lost brother had joined and I was told we want the Adventists here—which he also says speaks to the previous pastor’s good relationships”. But this acceptance of him as an Adventist Christian and the prayer of Jesus for Christian unity in John 17:15-23 has changed his thinking.

Every Action Has a Reaction

Wolverton sums up the challenge: “If we believe we have something to contribute to the wider body of Christ, then we have an obligation to build relationships of trust so that we can be of influence. This honours—not compromises—any insights we may have.”

“It’s not an easy thing we are trying to do. The elders would say it has been a radical shift in their thinking. Not everyone agrees and there is criticism but the majority of the church and all the elders see it as part of their calling and DNA as an Adventist church. We should not be so fearful of the “e” word which is often misapplied by Adventists. Even though we do not embrace ecumenicalism we also don’t run from opportunities where we have a shared
interest with other churches”.

“Other Christian churches might be more open than perhaps we think,” claims Wolverton. “Diversity is celebrated by the leaders of the churches he associates with and therefore each of the churches can be who they are. Often we as Adventists tend to think that everyone else is the same and that we only have the major differences. That wrong thinking has happened because we have been separate so long.”

Being more closely involved with other churches has meant that Wolverton does not attack them. “In our church time, we don’t hold back on and we clarify and articulate our distinctive beliefs but we also confirm those core beliefs we share with other churches. That balance is a key thing.” Despite that balance, he notes he still gets criticised.

Widen the Circle of Influence

As a result of the bridge-building effort of Wolverton and other church members, Wolverton is invited to step into the pulpit of four other non-Adventist churches every year to preach on whatever he wants. That includes being requested to share his personal testimony about the Sabbath and about the health message and its relation to faith. “That’s highly unusual for an Adventist pastor.” he comments. This open type of engagement has also been helpful for four people in the last couple of years joining the Glenvale church.

Wolverton is one of a three-pastor group who meet monthly with the mayor of their large council to pray with him and provide a spiritual advisory panel. “That’s crazy!” he exclaims and then honestly admits, ”It’s required a bit of a shift in me as I have to actually care about the city and care about unity in the body of Christ! That’s a bit of a new thing as we don’t get that from our theology training.”

Glenvale church has partnered with other churches to launch a daily soup kitchen. Wolverton explains this partnering doesn’t have strings attached: “There is total freedom with what I can speak about with the disadvantaged. Often the Adventist fear is that if it’s not a total SDA thing we’ll be sucked into an ecumenical thing. It’s just not true!” Wolverton says there is no rivalry, the attitude being, “Go for your life, Casey—that person who has addiction problems, if you can win him to Christ you can have him—that’s a good thing”.

Glenvale has a healthy youth scene and Wolverton advises young people, “Own the radical tag if you receive it for the same reasons Jesus did.” He lists three qualifications to be a radical Adventist. He warns any combination of two out of three won’t cut it.

Wolverton throws out the radical challenge: “The big picture is that this church is a movement that God is using in a powerful way, and not just like a little brother, then if we are loving Jesus more, if we are not threatened because we better understand our beliefs and we just know so many people, well the Holy Spirit will be able to do amazing and radical things with us!”

How are you nurturing your love for Jesus? In what other ways can we be radical Adventist? 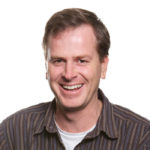 Derek Rippingale lives in Launching Place, Victoria, and is co-founder/managing director of an IT company.