What do terrorists and judgemental Christians have in common, and how can we avoid either title and become radical like Jesus?

When I was a young preacher, I thought it would be a great sermon topic to give my young adults a series of biblical insights entitled, “Jesus, the only real radical.” I got a phone call from one of my church leaders after he saw the bulletin announcement for the coming series.

I knew something was up, because I have one of those names that nobody forgets. After about 20 minutes of my trying to listen and respond, I realised that the sermon series might seem a bit aggressive, or at least I had better change the series title. But the more I read the Bible, the more I am convinced about the appropriateness of the title describing the nature of the message of the Gospel.

What do you stand for?

It’s said that when Henry Ward Beecher, an early American Congregationalist clergyman, was a boy, he had a teacher at school who asked one of the boys in class a question that the boy answered. The teacher became angry and told the boy he was wrong and commanded him to “Sit down!” The boy was obviously confused because he’d thought he’d answered correctly, but he sat down abruptly.

For a few moments, the teacher stormed at him, but seeing Beecher wasn’t going to give up, he smiled and said, “Well, boys, you were all correct, but Beecher was the only one sure enough to stand up for it.”

Many people have lost their faith in Christ because they simply lacked the courage to stand up for what they believed. They had grown so used to apologising for their faith that once someone mounted a serious challenge to that faith, they just gave up and sat down.

What kind of radical are you?

Radicals, if they really are genuinely radical, have a common thread—they actually believe their commitments. This leads to both inspiration for some and isolation for others, but almost always moves to action of some kind. Let me illustrate.

So what do we do with this Jesus, the radical, the revolutionary? Does commitment to Jesus encourage the negatives we too often see in God’s people?

What does the research say?

Our research on the attitudes of young people in the church over the past 20 years has taught us something about this. In a short paragraph, here it is. In our three major studies on youth in the church called Valuegenesis I, II and III, along with other major research on generational faith such as the Study of Generations research, all establish the following facts.

If a parent, teacher, pastor, or adult—basically your and my church—uses excessive control, uses punitive measures or is over-strict, the likelihood is greater that their youth will:

The data on this are conclusive. Being exposed to these kinds of attitudes, no matter how strongly they are held or believed, tends to move young people to become moral rebels, rejecting the very values that those same churches are trying to impose on them.

But the research also has a bright side. Radical commitment to Christ and His love for us, His life, His promises, His empowerment, His forgiveness, all have positive results. This positive radicalism builds churches, increases personal self-esteem, increases caring for others and even assists in one’s academic success.

Look at what Jesus proposed. There was one major theme of Jesus’ ministry that went beyond anything any other rabbi taught and was entirely unique to Him. Not only was it radical, it also was central to His lifestyle, His teaching about the Kingdom of God, and His mission as the Messiah. It is the following:

“You have heard that it was said, ‘Love your neighbour and hate your enemy.’ But I tell you: Love your enemies and pray for those who persecute you, that you may be sons of your Father in heaven. He causes his sun to rise on the evil and the good, and sends rain on the righteous and the unrighteous” (Matthew 5:43-45).

This is probably the most difficult command Jesus ever gave, and even for us today it might seem impossible. But this one teaching guides our attitudes toward others, toward those that don’t think the same way we do, that disagree violently or calmly, that have drawn other conclusions than we have, or have a model of religion or following God that is uncomfortable to us or completely opposite of our own conclusions.

This is a call for radical love, for radical commitment, all because that is the way God is, according to Matthew 5. And to feel comfortable about using God as your model as seen in the life and ministry of Jesus is about as radical and revolutionary as anything the world has seen today.

Trying to find the actual Jesus is like trying, in atomic physics, to locate a submicroscopic particle and determine its charge. The particle cannot be seen directly, but on a photographic plate we see the lines left by the trajectories of larger particles it put in motion. By tracing these trajectories back to their common origin, and by calculating the force necessary to make the particles move as they did, we can locate and describe the invisible cause.

Admittedly, history is more complex than physics; the lines connecting the original figure to the developed legends cannot be traced with mathematical accuracy; the intervention of unknown factors has to be allowed for. Consequently, results can never claim more than probability; but “probability,” as Bishop Butler said, “is the very guide of life” (Morton Smith, Jesus the Magician).

How do you see Jesus? Do you think you could be radical like Him? 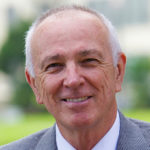 Bailey Gillespie is an author, researcher and Associate Dean for the Divinity School of La Sierra University, California.