Audio Books published by Hunter Audio and Seeds of Faith 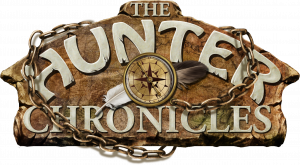 If you have been enjoying the Hunter Chronicles books, why not try out one of these great stories on audio book. Read by series co-author Tony Knight, these stories are great for road trips, family holidays, or even quiet times during the Covid-19 ISO period.

For more Hunter Chronicles info and new title updates, visit our MAIN PAGE, or find us on Facebook. 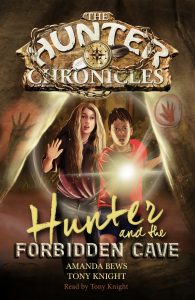 Ethan Hunter can’t believe what he’s hearing. His life is in ruins. The family is broke. His dad has legal problems and like it or not they’re heading for the bush… No warning. No questions. No choice!

Could life get any worse? Sure it can! He and his Mum have to move into his cousin Stephanie’s spooky, tumbled-down old house. There he meets a magpie with a sharp beak and a long memory, and a horse that thinks it’s a dog.

So Hunter’s on a mission, dragging Stephanie in his wake, and sweeping Grace and James along for the ride. Ethan gets more than he bargained for as he braves the forbidden caves in search of the Clarke Brother’s hidden bushranger stash.

But what is the significance of the eagle? And who is the dusky stranger watching from the shadows? 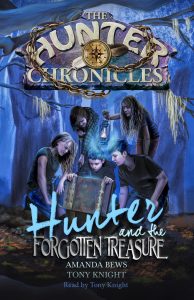 Ethan, Stephanie and their new friend Lachie, are off again, this time following the cryptic trail left by the black-hearted bushranger brothers, Thomas & John Clarke.

The race is on. First to the treasure wins, and doesn’t the winner always take it all…?

Join Hunter and his friends as they blast-off on the treasure-hunting rollercoaster ride of a lifetime to discover what matters most in life. 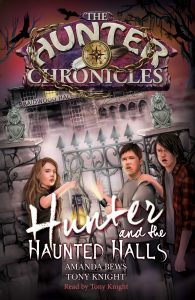 Dodging Zeke and his gang of bullies, battling dinosaurs, saving Pooky the Bear from a fate worse than death—it was just another day in the life of Ethan Hunter. Who would have thought starting at Mystery Cove Primary would be so dangerous?

Ethan was desperate to get away, but there are some things you just can’t escape. Some decisions too. As the skies filled with smoke, the flames rose higher and Mystery Cove succumbed to the fires, Ethan was forced to confront the truth about himself. People either do something, or they do nothing. When it came down to it, would he pass the test?

If there are no such thing as ghosts, why does Ethan feel like he’s being watched, what is that spooky glow coming from Braidwood Hall, and what on earth made Bentley venture inside? 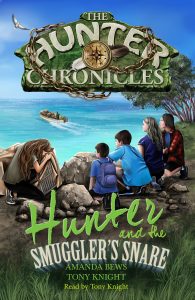 The smoke had barely cleared when Mystery Cove faced another crisis. Animals were disappearing from the national park and Jem was talking about smugglers. As the trail heated up, Ethan had to consider—was it the work of traffickers, or an old enemy returned?

Closer to home the Hunter gang was in danger of splitting up. Barry and Bentley were leaving the Cove, Zeke’s family was tearing itself apart, and Stephanie seemed lost in a hundred-year-old diary. As the date of Ethan’s baptism approached, he wondered what it would take to make them feel like a family again.